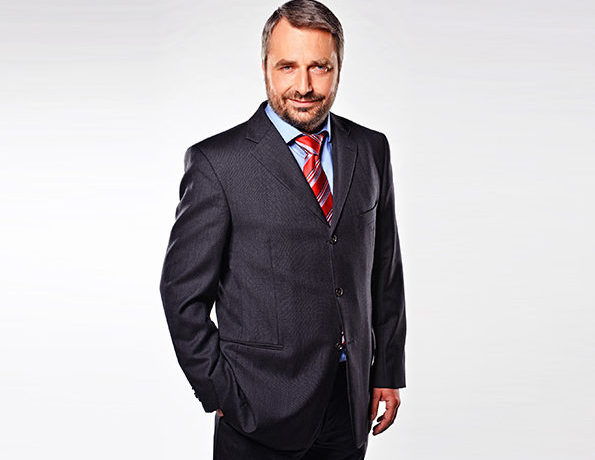 Media Club is satisfied with the introduction of ad skipping restrictions in the return view of IPTV operators, according to the first month results. According to Prima Group commercial director Vladimír Pořízek, about two first of GRPS ad returns have been made.

Since June, the Prima TV group has restricted the possibilities for skipping ads in the backview of IPTV operators. The introduction was justified by the need to protect advertising space following the growing share of video-on-demand viewership and the increasing popularity of internet TV, which, thanks to its back-viewing functionality, allows the viewer to watch programmes according to his or her time options, as well as skipping broadcast programmes, including ad breaks. Prima said that this trend would further weaken its advertising capacity in the future. After the first month of experience, commercial director Vladimír Pořízek says the restrictions have prevented the outflow of about two-thirds of advertising GRPs, thanks to the Media Club’s representation.

There is a growing concern about the future development of inflation, the impact on the cost of living and consumer behaviour. Are these developments having an impact on TV autumn campaign bookings? Are you registering reduced demand compared to the pre-holiday period?

We are not seeing a drop in demand yet. Commissioning companies learned to live with the fact that despite the restrictions, people had saved up and so the impact of these measures was not felt in sales. Consumer confidence may be down now and people are getting worried, but we are not seeing big changes in the behaviour of the sponsors yet. There are concerns and it looks like the crisis is knocking on the door. Yes, we are all preparing for it. But still, we saw it during the period of covid, when there was no crisis at all. Clients have the money so far and are planning their autumn campaigns. People still have savings and unemployment is still almost zero. The attitude of the government will be important. If it helps people financially and sort out energy prices, it is quite possible, in the most positive scenario, that there will be no major crisis. On the other hand, we do not know what will happen next, when people start receiving new bills or factories really start closing down as a result of the gas shortage, and it is premature to draw a picture for 2023. It depends on a lot of factors. We are working with different scenarios, but at the moment we do not know exactly what will happen from January.

Do you at least have an idea of what the price of TV advertising might look like for 2023, given that advertiser interest is high and advertising space is full?

Demand is strong, ad space is filled, and most importantly, GRPs are dwindling in linear TV, thanks to more competition from VOD services. In addition, our cost of entry is rising. All of these circumstances then translate into our pricing, which is why we plan to increase advertising prices for 2023.

And by how much? ASMEA estimates inflation in TV for this year at 10-15%, with general inflation at 20%…

I believe it will be at a similar level to last year (increases in the range of 11-16%, ed.). However, we are still monitoring market developments and will decide accordingly. Clients have the money so far and are planning their autumn campaigns. We will increase advertising prices for 2023.

When you presented the AdCross cross-platform measurements this spring, you outlined the trends for the next few years, which showed, among other things, that the GRP volume in linear TV broadcasting will decrease. Did you register a reduction in GRPs in the first half of 2022 compared to the first half of last year?

Yes, of course. Moreover, the trend has also intensified due to the fact that in the past years, TV viewership has increased due to the covid, while after the covid measures were lifted, it has declined steeply, and this is reflected in the lower number of linear GRPs. We cannot yet say how the launch of the additional pay video platform Disney+ in June has affected the number of GRPs. We have been helped by the introduction of restrictions on ad skipping in rewind viewing by IPTV operators from June. As a result, an interesting proportion of our GRPs have returned. But the trend is clear: we expect GRPs in linear TV to continue to decline in the future. It’s just a matter of how fast it will be and how it will be reflected in different audience groups. The more VOD services on the market, the more time people will spend on them, which will amplify the decline in linear GRPs. People have learned to pay for VOD services during covid, which is also a new thing, as there has long been scepticism about whether Czechs would be willing to pay for video content on the internet.

In June, you introduced restrictions on skipping adverts in rewatching for IPTV operators. So how many GRPs did you get back in July?

Two-thirds of the GRPs came back. Most operators are able to take advantage of not having to run full length ad spots as on linear TV, but shortened to about 3 minutes during the break. However, not all operators have been able to adapt their systems and implement these measures in this way. Two thirds of the returned GRPs represent over 2 thousand GRPs per month.

The trend is clear: we expect GRPs in linear TV broadcasting to continue to decline in the future. It’s just a matter of how fast it will be and how it will affect different audience groups.

Will there be any more changes to the functionality to limit ad skipping?

The functionalities remain the same for 2023. Our aim is to integrate operators into cross-platform viewership measurement. We are now inserting online advertising with three operators: betterTV (GoNet), Sledovani.tv and Grape. Crossplatform measurement will allow us to better target viewers and deliver better affinity to our clients on their campaigns.

And that should happen when?

We are working hard on the implementation now with BetterTV and Sledovani.tv and hope to deploy crossplatform measurement in the next 3-6 months.

During the last few years, the advertising market has been affected not only by covid, this spring the war in Ukraine has started. Have these events affected the behaviour of advertisers in different segments?

There were two problems during the covid era: some advertisers couldn’t sell and so had nothing to advertise, and the other group that could sell stopped needing advertising because people had nowhere else to spend their money and so their sales skyrocketed. Moreover, people also saved a lot of money during covid and started to spend it as the restrictions loosened up, even though inflation was flying upwards.

When it comes to Ukraine, advertisers did not want to place ads next to war programmes. So we had to withdraw selected programmes from the Prima Zoom channel, where we regularly include war documentaries in the programming schedule. It also affected news websites, which of course covered the war a lot, and not many advertisers wanted to be associated with that. As a group, however, we did not see a decline in overall advertising volume in the first half of the year.

Given the expected trends we’ve talked about, you’re trying to push eGRP sales into the market. What is their current share in the 15-69 target group?

So far, it’s only units of percentages. We are still at the beginning, we have to teach the market to trust eGRPs. We now have data that confirms that with eGRPs we can target younger target groups, women in particular, well and increase the affinity of campaigns.

One last question on the commercial policy for 2023. In the spring you talked about putting some of the advertising space up for auction. Is that still valid?

We will only auction part of the TV advertising space if there is excess demand. We process agency negotiations through special software in which each media agency can see the agreed terms and their parameters. The targets are set there for each client. If there is an excess of demand, it could happen that agreements with the lowest CPP value fall into the auction if they are not concluded in time. Absolutely every client will have the opportunity to close the deal in the standard way, but they must respond in a timely manner. However, if clients or agencies are speculating and there is an excess of demand over supply, it may be that they will overbid. We have already turned down several clients in the past year because their price was extremely low. However, this may not happen at all. In addition, we sell a very small portion of our GRPs in the so-called monthly auction if we are not sold out in a given month.