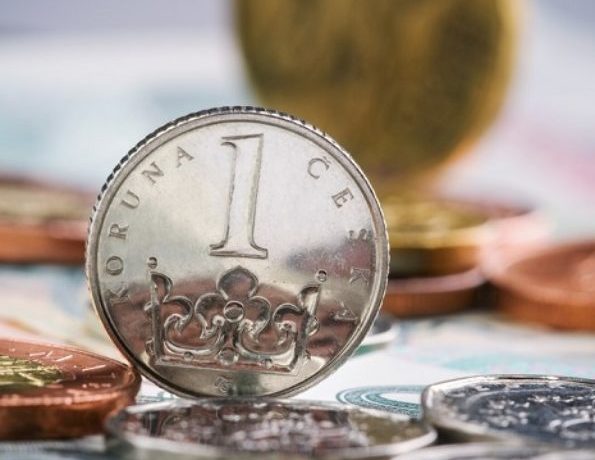 GROSS INVESTMENT IN ADVERTISING GREW BY 13% IN SEVEN MONTHS

Gross investment in the purchase of advertising space in the media increased by almost 13% in the first seven months of the year.

Gross investment in media ad space increased by almost 13% in the first seven months of the year, according to AdIntel’s monitoring of Nielsen Admopshere. Television advertising remains the strongest in terms of volume, with outdoor advertising posting the highest year-on-year growth so far this year (+27%). However, all monitored media types show double-digit growth.

In July, however, year-on-year increases were lower and in the case of outdoor advertising, investment even fell slightly. Kaufland, Simply You and Lidl were the strongest advertisers in July. 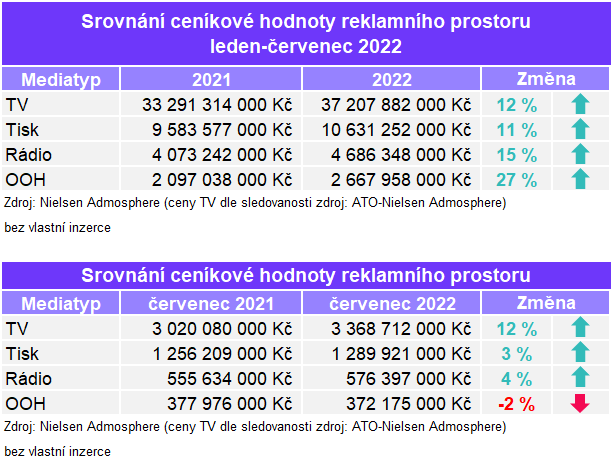 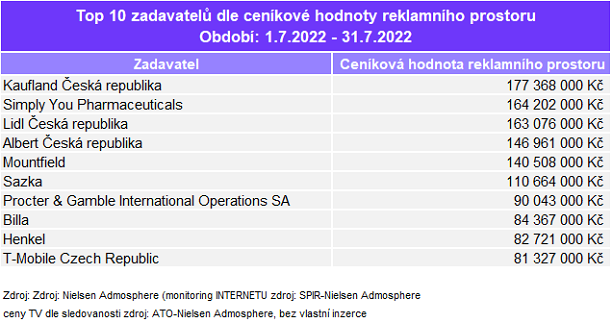 Again, we would like to point out that the monitored investments do not correspond to the actual investments that flow into the media for buying advertising. However, they do indicate a trend.