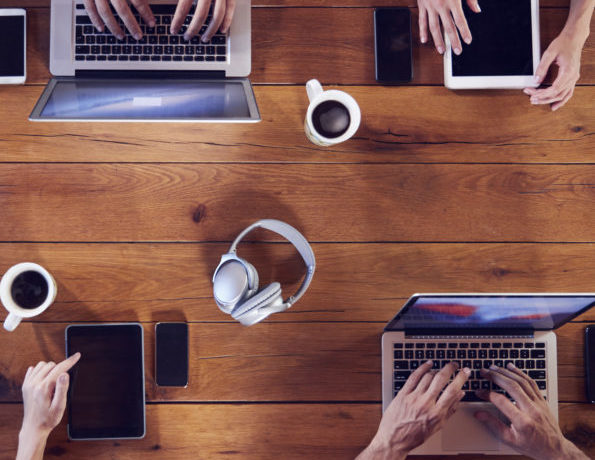 MEDIA LITERACY OF CZECHS IS INCREASING, ACCORDING TO RESEARCH

The level of media literacy is generally increasing in Czech society. This is according to research by the Department of Media and Cultural Studies and Journalism at Palacký University in Olomouc and the STEM/MARK agency.

The level of media literacy in Czech society is generally increasing (39/100 points in 2018, 49/100 in 2021). This is according to a survey conducted by the Department of Media and Cultural Studies and Journalism at Palacký University in Olomouc and STEM/MARK for RRTV, which focused on the media literacy of Czechs. According to the researchers, the fact that the current younger generation has already grown up with new media, that the generation of the current forty-somethings has already grown up with the Internet, and that a wider range of media activities can be found among the oldest generation may have an influence. 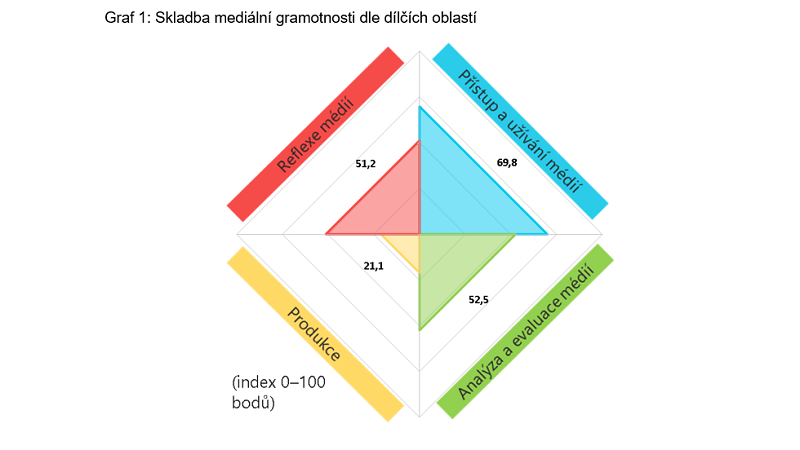 The majority of media (as sources of information) are still trusted by the public (50 % or more). The exceptions are social media (35 % trust) and chain emails.

According to the survey, Czechs overwhelmingly support the view that the key issue (in terms of media use in general) is the safety of users and information about them. Nevertheless, they share the view that all information should be made public on the internet (59 %) rather than any regulation by law (35 %). Thus, the more liberal view of users, who still see the internet as a free sea, wins out in this respect. Liberality was also evident in the education of children and young people, where few parents restricted their children’s use of mobile phones, tablets or the internet.

The Czech population is mostly aware of what the public media are doing, and they can also recognise it. Only some considered Lidové noviny or Parlamentní listy to be public service media. The reason for this is likely to be the name of the media itself, which may refer to public service (this was shown in the aforementioned 2018 research). 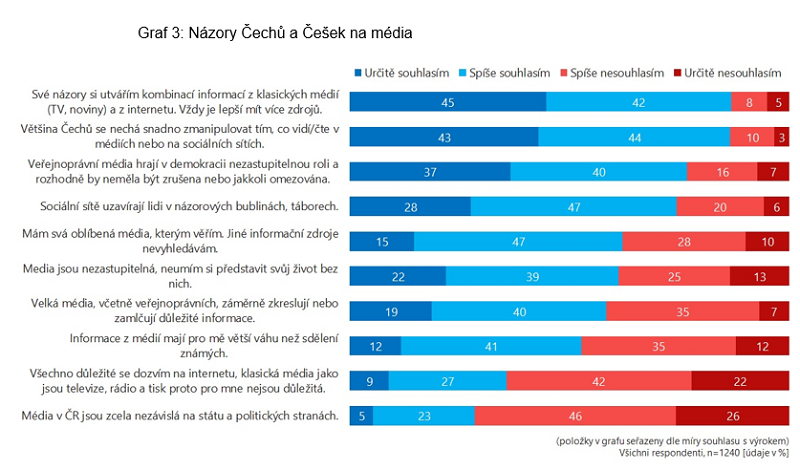 According to the research, there are also more and more people who can identify fake news. Younger people under 30, university graduates, people from larger cities with over 100,000 inhabitants and people from Prague do better in recognizing fake news. In terms of preference for the type of news, preference is given to those that work with more verified sources and ideally contain commentary by an expert on the subject.

“The scope for improving the recognition of fake news is still greater among the elderly, who are often more trusting due to their different life experiences. However, thanks also to the work of many organisations, this situation has gradually improved over the last few years. The relatively positive result is probably related to the reaction to the increasing amount of fake news in the media space, where society, faced with the challenges of the epidemic or the Ukrainian crisis, is making efforts to ensure that the news about these events are accurate,” comments Jan Burianec from STEM/MARK on the results of the survey.

Another measured area of research was self-production, i.e. the frequency and ways of contributing to the media space. Almost a quarter (23 %) of people consider themselves active media users (more often young people under 30 and students), while 71 % consider themselves passive (the remaining 6 % could not classify themselves). The most frequent activities include production on social media or other online platforms (sharing photos, stories or texts). The next one is writing user reviews of products or services (e.g. Heureka or Booking).

Self-media activity can also be helped by the perception that media offer sufficient opportunities for feedback to their consumers (in 2018, only a third of the population thought so). In parallel research with children and adolescents aged 5 to 15, it was found that own media creation is a frequent and popular activity from a relatively young age. “Teens from good socio-economic backgrounds manage their parents’ work profiles on Facebook or Instagram, for example, while those with lower socio-economic status present themselves on TikTok and look up to those who have a lot of followers and likes,” said Zdeněk Sloboda, the head of the entire research project from Palacký University.

The research divided the investigation of media literacy into four areas. One of them was technological literacy and user skills. Here the Czech population (15+) achieved the highest score (70 out of 100). The average score in this area was significantly higher for people under 45, slightly more often for men, people with higher education (high school diploma or university degree) and those who use the Internet on a daily basis. In general, people who use or combine multiple media types (media sources) do better. Conversely, the lowest scores were reported by those aged over 60 and non-users of the internet – these two groups overlap for the most part.

“There is still room for improving skills, especially among the elderly, where the epidemic crisis is leading to an increasing level of familiarity with modern technologies and the Internet,”

A comparison of measured media literacy with its subjective assessment by the respondents themselves showed that in terms of socio-demographic profile, more men than women, more younger than older people and people who use the Internet more actively are considered to be more media literate. Although some of the respondents (with rather lower measured levels of media literacy) tended to overestimate or underestimate themselves in some cases (rather women and people with higher media literacy), for most people the extent of their knowledge and thinking about media corresponded with the measured values.

“We expected some variation; this is a classic example of cognitive bias. In practice, this means that people who perform poorly in a particular area, for example, tend to significantly overestimate their achievement when compared to others. This is known professionally as the Dunning-Kruger effect,” adds Jan Burianec. 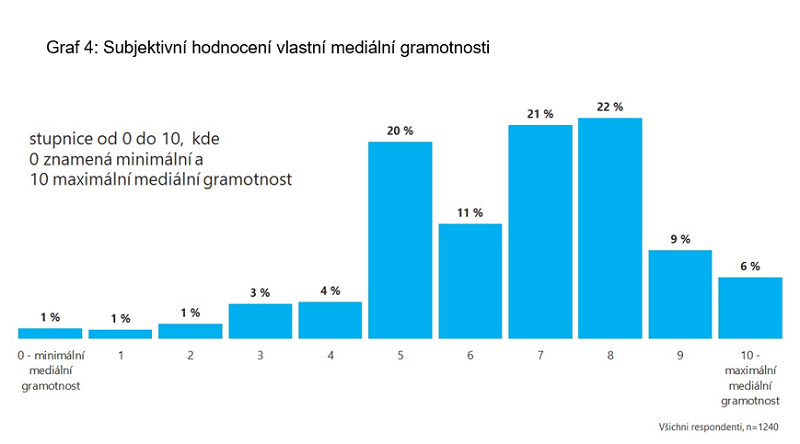 Passport – population over 15 years of age: The research conducted by STEM/MARK and Palacký University in Olomouc (KMKSŽ) for the Broadcasting Council was carried out by a combination of face-to-face (CAPI) and online interviewing (CAWI) and involved 1240 respondents from the Czech population over 15 years of age. The sample is representative in terms of quota selection by gender, age, education, size of place of residence and region. Data collection took place during September and October 2021.

Passport – population under 15 years of age: Palacký University, Department of Media and Cultural Studies and Journalism for RRTV conducted a series of 90-minute group workshops using the focus group method, involving various thematic and age-appropriate activities (media reception – watching a programme, production – producing one’s own media image, discussion – about media activities, over magazine advertisements or social media profiles). In the 5-7 age group, four group sessions were carried out with 38 children participating, in the 8-10 age group there were also four groups with 32 children and in the 11-14 age group three workshops were organised with 13 teenagers. In total, 83 children from different areas of the country and with different socio-economic backgrounds participated. Data collection took place during June to August 2021. 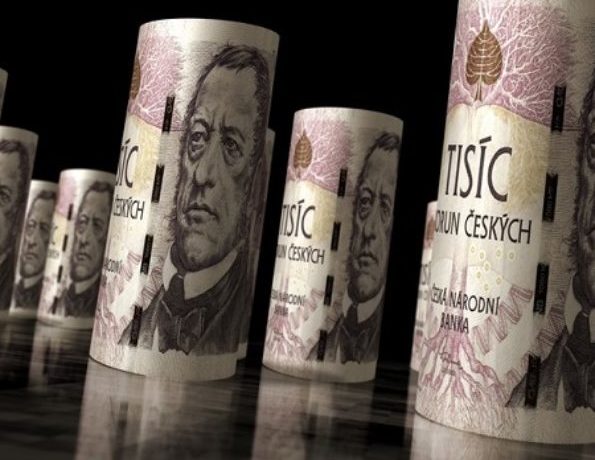 ADVERTISING INVESTMENT IN MEDIA TO INCREASE BY 8% IN 2021

The advertising market has recovered from the effects of the covid-19 pandemic and will see an 8% growth in above-the-line media investment in 2021 compared to 2020, according to AdIntel monitoring.

Nielsen Ad Intel’s Admosphere monitoring data for 2021 shows that TV was again the strongest media type last year. The entire above-the-line advertising market was worth almost CZK 141 billion in gross prices last year. This is an 8% year-on-year increase. At the same time, all media types showed a year-on-year increase in the list price value of advertising space compared to 2020, which was then fundamentally affected by the situation surrounding the covid-19 pandemic.

All media types monitored in the monitoring have seen an increase in the price value of advertising space in the past year. Print and radio advertising scored the highest, while TV advertising also showed a growth trend. Outdoor advertising, which was affected slightly by restrictions against the spread of covid-19, also showed a growth trend. For example, print, thanks to this, also grew year-on-year, even by 11 %, but compared to the values in the period before the covid-19 pandemic, we are seeing more of a confirmation of the trend of stagnation or even a slight decline in the price of its advertising space,” said Tomas Hynčica, AdIntel’s Chief Commercial Officer.

Source: Nielsen Admosphere, **The total price reflects all media types including the internet, the value of which is based on published SPIR data for 2020 and has been expertly adjusted for 2021 based on the SPIR estimate for 2021.

Last year, the Lidl, Kaufland and Albert chains were the strongest advertisers, and the grocery and food chains segment was again the sector with the highest advertising investment. More in an earlier article.

The report does not include monitored spending on online advertising as it does not cover all types of advertising. Last year’s figures for the internet are traditionally published by the Internet Development Association (SPIR) in the coming weeks. However, internet advertising is included in the 2021 total reported here because it is the SPIR expert estimate that has been taken into account. 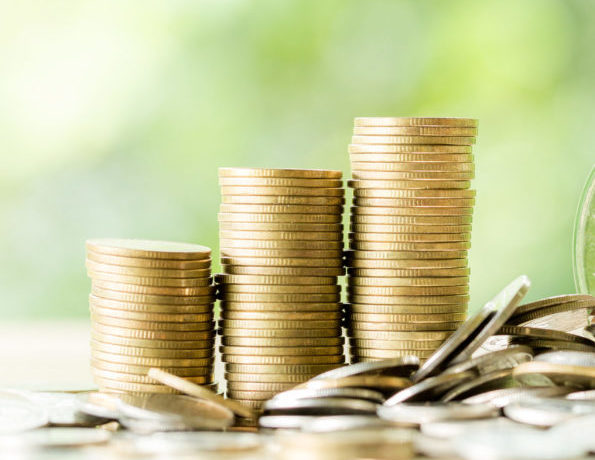 ADVERTISING INVESTMENT IN MEDIA GROWS IN DOUBLE DIGITS THIS YEAR

According to data from Nielsen Admosphere monitoring, the first two months of this year are significantly better than January and February 2021 in terms of total advertising investment in media.

Nielsen Admosphere’s advertising investment monitoring records a year-on-year increase of almost 17% in gross investment for the purchase of advertising space in the first two months of this year. The increase applies to all monitored media types – most notably in outdoor advertising, radio and print. However, television advertising also posted double-digit increases.
The data for February also show double-digit growth. This may also be related to the comparative period, when strict anti-retroviral measures were in force in January and February last year, which may have weakened the investment activity of advertisers. 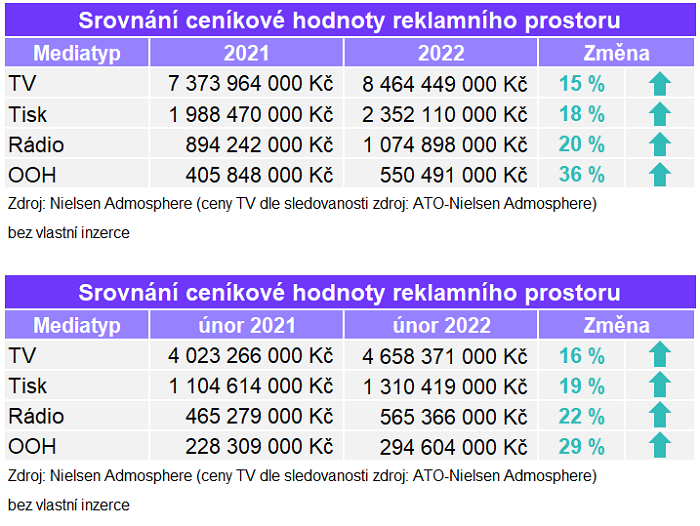 Investments in Internet advertising do not appear in the overview because the Internet is represented in the monitoring only in some formats and thus does not cover the complete expenditure on online advertising.

Again, we note that the monitored investments do not correspond to the actual investments that flow into the media for the purchase of advertising. However, they do indicate a trend.