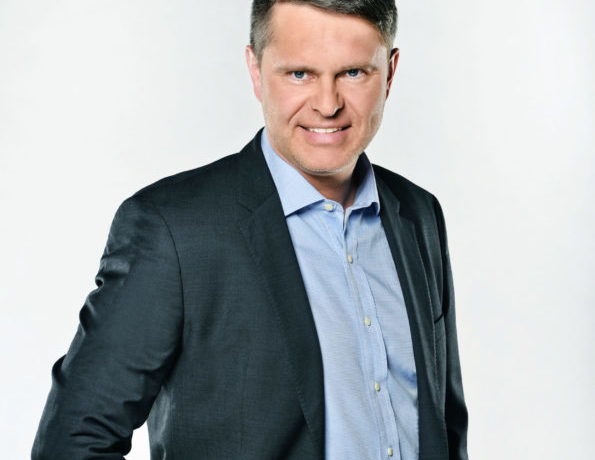 CNN PRIMA NEWS BOSS SINGER: IN A GOOD WAY, WE WANT TO BE MAINSTREAM

Tomorrow night, viewers can get their first taste of what the alliance between Prima Group and American news station CNN entails. CNN Prima News will kick off its main programme before 7 p.m., followed by other programmes. There will be a total of 30 of them, broadcast between the continuous stream of daily newscasts. Deník spoke to Prima Group CEO Mark Singer about the new project.

How has the launch of the project been affected by the coronavirus pandemic?

Unfortunately, the pandemic hit exactly in the final preparations, which involved experts from CNN, so all foreign colleagues had to leave. I estimate it delayed us by about a month.

Don’t you regret missing what was probably the most newsworthy month?

From a long-term investment perspective, the launch date doesn’t really matter. Coronavirus has certainly attracted a lot of viewers to TV screens who don’t regularly watch news channels, but we want to build a station that has lasting value, so one month doesn’t play a role in that.

What exactly does the partnership with CNN involve?

It manifests itself on three levels. When CNN chooses you as a suitable partner, you are contractually allowed to use the CNN brand in your name, which they are very protective of. Next, they help you build a newsroom and set up a way of producing news that nobody here can do. They’ll provide coaches and experts to make it look like CNN. And the third benefit is that you have access to a global database of CNN content that our editors can tap into and even assign stories to at any time.

So if something happens on the other side of the planet, you can instantly pick up CNN’s coverage from the ground?

Yes. Plus, we can see in real time on their system what they’re preparing, so we can use that for our news feed.

You talked about the trainers who oversaw CNN Prima News to make sure that it was as immersive as CNN, thanks to its state-of-the-art studio and technology, but also that the editors were up to the quality of their American colleagues. Can this be learned in a few months?

You can start the process. I think we’re pretty far along that path, but it’s certainly going to get better. It’s a different style of work that people have to learn. American experts praise us for how far we have come, but of course we cannot yet be at the same level as someone who has been doing it for 20 years.

Viewers will have a chance to judge that as they are offered shows by news icons Christiane Amanpour and Richard Quest. Specifically, Amanpour has worked as a war correspondent, has been at all the turning points of this millennium, has interviewed world leaders, and in short has a vast knowledge base, even at her age. Don’t you miss people like that on your team?

I think we have managed to get just such people. When you see our broadcasts, I hope you will confirm that, for example, Pavlina Wolfová’s 360º shows that she is that kind of journalist. She has a lot of life and professional experience behind her, she has a lot of insight and her show could be the Czech equivalent of Amanpour.

“Within a year we would like to have 1.5 per cent viewership, which is a reasonable ambition in relation to ČT24.”

Your editorial team is 70 per cent female. Is that intentional?

It wasn’t the original intention, but it has worked out that we have a large majority of women in key positions at CNN Prima News. From that point of view, we will also be an interesting alternative to existing news channels.

On what basis did you assemble the team of about 40 key faces of the station?

We started with a smaller team of people who ran the newsroom. In the first phase of the project, the editor-in-chief Martin Ondráček had a lot to do with the selection. People like him, i.e. with journalistic experience, the ability to learn new things and moderating skills, selected other colleagues, so it snowballed into the final editorial shape.

You mentioned the experienced journalist Martin Ondráček. Why did he leave the project last November?

This is a terribly demanding discipline, an exhausting profession. There are times when it gets too much, and Martin and I agreed that he would resign from the project for personal reasons at a moment when it was clear that most of the work was still ahead.

The newsroom will be managed by a somewhat unconventional three-person team – Eliška Čeřovská, Petra Benešová and Online News Director Tomáš Večeřa. Will it work?

It is something new in the Czech lands, but the main American branch of CNN, for example, works on this principle. If the three people can work together perfectly and complement each other, it will definitely work.

What do you want to do to beat ČT24, which is celebrating its 15th anniversary and has the continuous news craft in its blood, besides technological gadgets and links with CNN?

We don’t want to beat them. They have built up a specific style of reporting in over 15 years that serves as a public service. But in all markets with a developed news business, you see that there is room for at least two or three different styles of channels. We don’t want to take viewers away from ČT24 because there is a place for commercial news alongside the public service platform. It works very well in Britain, for example, where the BBC and Sky News thrive side by side.

Z1 there is Seznam TV, but it is limiting its news programmes. Are you not afraid of a similar fate?

We are not afraid of that. We assume that there are 28 percent of the adult population who jump between different sources of information during the day. I don’t want to evaluate the previous experiments you mentioned. It was probably a combination of economic factors and perhaps an underestimation of the production background that led to them being less successful in the final analysis.

One of your key advisers, British journalist Tim Lister, talked to Info.cz about CNN Prima NEWS profile: “We want to honour accuracy and fairness. No one who sees the broadcast will be able to say we are siding with anyone. That we prefer a certain politician, that we are neglecting a border region. We are not going to pander.” That sounds to me like an extract from the public service television code. Not to you?

Our professional rules were inspired by CNN. But they are very similar in the democratic world, and a good journalist has to follow them in any TV station. I wouldn’t expect it to be any different from the ČT or BBC code. But I see a big difference in the way it is handled. You can accurately, fairly and impartially assess a particular event, but it’s how you present it to the viewer that matters. You can do it in a more complicated way, so that you can be understood primarily by a person with knowledge of the subject, or you can do it in such a way that it catches the attention of the ordinary reader of Deník in Benešov at first sight.

I also ask because until now TV Prima has been perceived in news and journalism as a kind of counterpart to ČT, a station that, for example, sided with Miloš Zeman during the presidential election. Next year there are parliamentary elections, and in January 2023 there will be presidential elections. Won’t you become a TV station that will cheer for the current ruling party?

I’ll ignore your statement about Miloš Zeman, because I don’t think it’s accurate. We are certainly not going to copy the American model, where TV stations tend to favour certain views. We want to follow the motto “no matter the consequences”. We think that we will be specific in this as well, because many media in the Czech Republic show this inclination. It is in objectivity that we could attract a lot of viewers.

So you’re not going to push anyone’s political cart?

We haven’t pushed it so far, and we certainly won’t do so in the future.

Do you really think that the TV duel between Drahoš and Zeman before the second round of the election was not pro-Zeman in its arrangement and moderation? And when the president wants to say something, he chooses TV Prima to do it, for example in the coronavirus crisis…

To this I would just say that we sent the topic headings to both parties at the same time five days in advance, and nobody made any comments on them, even before the debate started. After the presidential election debate, both candidates thanked me for my objectivity, and only afterwards did the media convince one of them that he should make a stand.

The CNN Prima News project, including the hypermodern studio, must have cost hundreds of millions. How are you going to make a return, albeit probably easier in a group with nine stations?

That’s one element, we sell advertising across all our channels together, so we don’t have a problem like Z1, which had to rely on itself. Our model is based on a similar premise to CNN’s business plan, which is a private for-profit broadcaster. It’s a combination of traditional advertising and special shows. On CNN, for example, you’ll see Travel Minute, which is sponsored lifestyle content. This is a cocktail that can be profitable.

After the economy shuted down, the media have big losses due to advertising and advertising blackouts. Do you expect any help from the government in this regard?

When shops and services close down, the client of course does not need advertising. We solve this by agreeing to postpone it to a later date. We are all counting on the timetable for the relaxation of government regulations coming to fruition and getting back to normal operations within a few months. So I see this as a time-limited problem, but it is also costing us a lot of money. We have big, albeit short-term, downturns, and that’s why we’re in talks with the government, as we all are, about some form of assistance, particularly in the area of producing our own content. It turns out that in crises like this it is television and news that citizens turn to.

We are targeting a broad audience, which I would define as average Czech citizens. We are not going to target intellectuals, nor are we going to present anything tabloid-like. In a good sense, we want to be mainstream. Within a year we would like to have a 1.5 per cent viewership, which is a reasonable ambition in relation to ČT24.