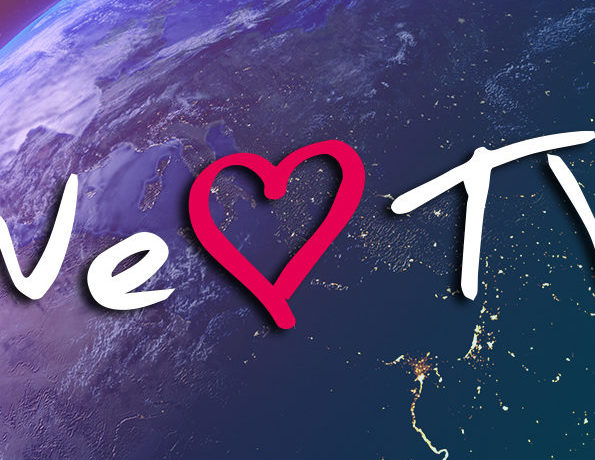 The European Broadcasting Union (EBU), the Association of Commercial Television in Europe (ACT) and egta, the association of television and radio sales houses are celebrating the trustworthiness of television on the occasion of World Television Day (21 November), as declared by the United Nations.
This year again, the three organisations have produced a 30-second video clip emphasising the role TV has around the world as provider of trusted content. It will be aired by broadcasters across Europe, Asia, Canada, USA and Australia on 21 November. To celebrate their love of television, viewers are encouraged to use the hashtags #WeloveTV and #WorldTVDay on social networks on 21 November.
The video highlights that now, more than ever, the trustworthiness of television plays a central part in our daily lives as it keeps viewers up to date on what is going on at home and abroad and brings the world’s attention to what matters. Editorial responsibility, truthful reporting, top quality content, the safest environment and the reliable, independent measurement system are the DNA of TV.  This makes it a unique medium for world-class content and a fully brand-safe environment… no matter on which device.

These collected studies on trust and more can be consulted in a dedicated section on the World TV Day website.

SOURCES
1: EBU based on Eurobarometer 86, EBU Media Intelligence Service, Trust in Media (2017)
2: Kantar – Trust in News (2017)
3: ThinkTV – Concern for Fake News- nlogic, OmniVu, Total Canada (2017)
4: UK, Ipsos/ThinkBox: Attitudes to, and use of, media, technology and advertising (2016)
Caroline Petit, Deputy Director, UNRIC
“Trustworthiness is a key value, now more than ever, to the television industry. This medium must play its role as a safeguard against the growing circulation of fake news, propaganda and hate speech available on an increasing number of communications platforms.”

Magnus Brooke, Chairman of the Board, ACT
“TV’s worldwide audience is not only staying faithful but growing fast as viewers tune in to top quality content made and acquired by broadcasters. We are extremely proud to be among the most trusted media, and are constantly searching for new world-class content to continue to entertain and inform millions of people around the world each week.”

Noel Curran, EBU Director General
“Television broadcasters are proud to have the trust of their audiences. News and current affairs, on television in particular, are core to public service media (PSM). Informing all audiences with independent news and helping them to better understand the world is crucial for a democratic society.  Through its Quality Journalism initiative, the EBU is building on the strength of the Eurovision newsroom and developing new services to help public service media sustain audience trust and remain a key source of information for individuals.”

Katty Roberfroid, egta Director General
“At a time when advertisers demand transparency and brand- safety, the trusted environment that television offers seems more relevant than ever. TV excels at offering a premium and sound environment for commercial communications, not only because broadcasters have been operating in this environment for decades, but also because TV is measured and audited by trust-worthy third parties, framed by strict legal rules and its content is produced highly professionally. This is truly the DNA of television even as it transforms digitally to operate on new online platforms. The editorial responsibility vis-à-vis consumers and brands alike remains unchanged – and even emphasised – in the online video sphere.“