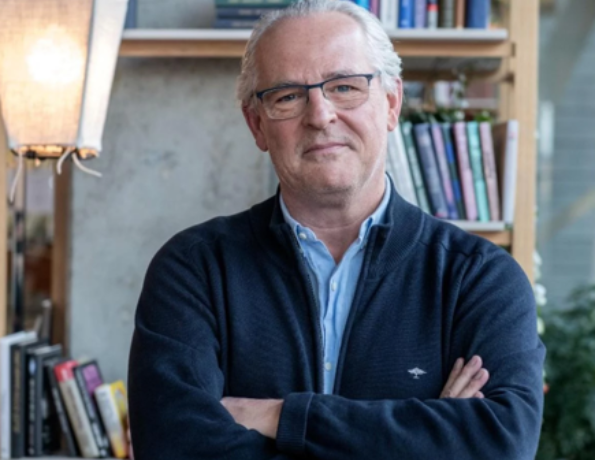 „YOU CAN EITHER MAKE PEOPLE CRY AND LAUGH, OR YOU CAN’T SUCCEED IN THE TV BUSINESS,“ SAYS CME CHIEF DIDIER STOESSEL

CME Media Group CEO Didier Stoessel is one of the most influential figures in the domestic media business. The former investment banker with experience at HSBC and Merril Lynch is the top executive chosen by the PPF Group two years ago to bring the newly acquired CME Media Group back to the limelight. And Stoessel hasn’t held back at all – he has pulled creative producers and developers on his side („Having good content and a way to deliver it – that’s the name of the game these days“), hired triple the number of studios and is spending hundreds of millions on content production. On top of that, he has “revived” the then-stagnant Voyo, an online video library project, which he has made into one of the distinctive pillars of its strategy and which is now generating hundreds of millions in revenue a year. However, Stoessel still faces a number of challenges: competition in the market („Even though our biggest competition is sleep – that’s six to seven hours a day when you’re not consuming our content“), the economic slowdown or the steady decline in viewership of linear broadcasting. How does one of the most important Television executives in the Czech republic plan to deal with them?

Difficult times are coming to the Czech republic, with inflation climbing to 20 per cent, real wages falling and a recession on the horizon. What does this mean for Nova?

Of course, we are looking around, we know what is happening. Difficult times are coming, and they are not just affecting us, the TV companies, but most other sectors as well. For us, it’s specific in that households have a set entertainment budget and the moment that budget comes under pressure, we feel it.

Can you see in your numbers yet that people are cutting back?

It hasn’t fully manifested itself yet, but it will come as households are exposed to more and more costs. But even though we’re in for tougher times ahead, I don’t believe they’re going to change the overall trend – which is that the proportion of people looking for quality video content is increasing. Yes, there may be a slowdown, a hiccup, and we need to prepare and adapt, but that doesn’t mean we stop doing our job and offering people our content.

Plus, the good news is that in terrestrials, Nova’s broadcasts are free, so the bulk of our content can be watched by most households.

When Netflix presented its latest results, it showed that it had lost a million subscribers. As someone who’s building a similar service in the Czech Republic – does that worry you?

Our positions are different. Netflix is in 70 percent of households in the U.S. market, and it’s clear that if you have that kind of penetration and you’re newly competing with a growing number of other streaming companies, there are going to be fluctuations.

But the situation is different in the Czech republic and Slovakia. The penetration rate of SVOD services here is only around 25 percent, so I don’t think we’re going to see such a dramatic decline. On the other hand, low penetration means a great opportunity and I am convinced that, whether it takes three years or five years, we will eventually catch up with America and Western Europe in this respect.

AVOD: „Advertising-based video on demand“ or video on demand that is monetised by advertising. The viewer does not pay to watch the online video, but must watch an advertisement to watch it. This is the case, for example, with YouTube.

Linear broadcasting: „Live“ broadcasting as we know it, with programmes following each other organically, with a clear start time. The viewer adapts to the programme.

NON-LINEAR BROADCASTING: On-demand content that the viewer can watch when it suits them – for example, SVOD or AVOD. The programme adapts to the viewer.

Voyo’s SVOD service is a bet on the future for Nova, making it clear that you want to be at one million subscribers in three years. Are online video services like Voyo or Netflix the future of television?

It may be fashionable to think so now, SVOD is in the spotlight and these services are growing like mushrooms after the rain. But SVOD is only one part of the answer. What I’m really interested in is coming up with the ideal mix of channels through which our viewers can watch premium video. I want to create a robust, resilient model, a Nova Content Hub of sorts, where everyone chooses a service according to their preferences: some will watch linear TV, others SVOD, others AVOD, and still others will prefer formats like HbbTV.

My goal is not to focus on a single channel in this ecosystem, but to deliver content on each of them: each of us is different, and each of us watches TV differently – my job is to have all of these channels covered – and to be present in as many homes, tablets and mobile phones as possible.

If we can still focus on Voyo for a little bit longer – the trend around the world today is to introduce “ad-supported SVOD” subscription models. HBO and Hulu offer them, Netflix and others are testing them. Is this an approach that makes sense from your perspective?

The reason Netflix and others are introducing “ad-supported subscriptions” is simple – if you have the aforementioned 70 percent market penetration and you want to capture another 10 to 15 percent of households, you need to introduce a cheaper subscription model through which to lure new customers.

And that’s now happening, although the reintroduction of an ad-supported SVOD service will be interesting to watch in practice. Personally, I’m not at all sure that this ad-supported subscription model will be rolled out in Western markets, especially the premium market in the US. By trying to pick up 10 percent of new subscribers, Netflix could also cannibalize the 20 percent of current subscribers who currently pay full price. Conversely, this model will almost certainly be introduced in Asia, and in India, for example, Netflix could gain tens of millions of potential subscribers from this.

But don’t you foresee a similar model for Voyo?

We don’t. Voyo is in a different situation, it’s a premium product where original content is constantly growing: we currently have 35 scripted projects in development, pre-production or production for Voyo. When I joined CME two years ago, we had three such shows.

Isn’t this programming offensive coming at the expense of linear television?

We’re managing both – we’re developing a number of new shows for linear as well. We’ll unveil the fall programming schedule this week, and I think viewers will be surprised. Again, I’ll compare it to the time when PPF acquired Nova – it was a time that I’ve described before as a sleeping giant, there wasn’t enough development or new ideas.

I said then that my mission was to “reinvent Nova” – and now we are in the middle of that process. Storytelling, the content we produce, is key. In the TV business, you can either make people laugh and cry, or you won’t be successful. It’s that simple. That’s why half of my time is focused on developing new content, we have a strong creative team that perhaps exceeds the capabilities of Czech Television.

In the TV business, you can either make people laugh and cry or you won’t be successful. It’s that simple.

Full article for subscribers on info.cz. 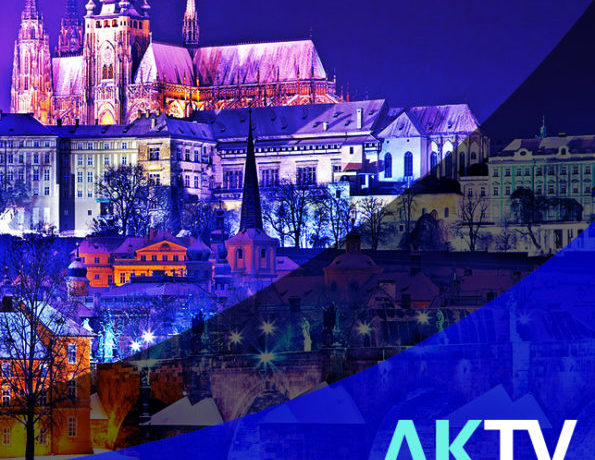 The HbbTV Association, a global initiative dedicated to providing open standards for the delivery of advanced interactive TV services through broadcast and broadband networks for connected TV sets and set-top boxes, is pleased to invite entries for this year’s HbbTV Awards.

The contest takes place as part of the 10th HbbTV Symposium and Awards on November 9-10, 2022 in Prague, jointly hosted by the HbbTV Association and Czech Association of Commercial Television (AKTV). The HbbTV Awards will be held for the fifth time, showcasing and celebrating best practice and excellence in the HbbTV community.

The providers of HbbTV applications and services are welcome to submit their entries through this online form; the website also details the terms and conditions of the free competition. There are six awards and one judges’ award.

The categories for the HbbTV Awards 2022 are:

A company may enter into as many of the categories as they like. Each submission will require a separate form to be completed. The awards are free to enter. Entries will be judged on their execution, impact and innovation.

The prizes will be awarded at a prestigious ceremony on November 10 as part of the HbbTV Symposium and Awards 2022. All finalists are invited to attend the awards ceremony.

“The HbbTV Awards 2022 provide an excellent opportunity to showcase the latest best-in-class examples of applications and services enabled by the HbbTV specifications. The strong interest we have received from industry players before opening the competition reflects the HbbTV Awards’ high recognition in the connected TV (CTV) community. The HbbTV Awards are now open for entries and I would like to encourage all industry players to enter the contest,”

The HbbTV Symposium and Awards 2022 targets platform operators, broadcasters, advertisers and adtechs, standards organisations and technology companies, offering first-hand insights into the latest and most innovative services available to viewers, operators and advertisers.

The annual key summit of the CTV industry will take place at the National house of Vinohrady. The prestigious neo-renaissance building, centrally located in Prague, will provide a first-class base for conference attendees, sponsors and networking.

Details on the sponsoring packages at the HbbTV Symposium and Awards 2022 and the preceding preview and demo events can be found in the Call for Sponsors. Industry executives and experts interested in participating in the conference programme are welcome to submit their proposals for presentations on the Call for Speakers.